Beyond Time
Kinetic artwork “BEYOND THE TIME”

Preface for the exhibition "Beyond time"

In his artwork, Alainpers portrays the dual physical nature of “time.”
On the one side, from the laws of thermodynamics time is totally irreversible. This confers to time its famous arrow irretrievably pointing towards increasing entropy of the universe. On the other side, the mechanical aspect of time which is perfectly reversible and allows the laws of motion to remain unchanged when the time parameter sign is reversed.
This duality raises the question of a temporal space, a subject that is innate in all of Alainpers’ artistic creations. Each of these creations bring a different aesthetic perspective for the exploration of the physical nature of time and its relationship with Mankind’s condition.
During the creation of his artwork, Alainpers is inspired by these scientific issues. Light is prominent in all of his creations. Light naturally echoes the theory of relativity, and Alain’s pulsating arrows evocate the entropic arrow of time. All these pose fundamental questions about destiny being irrevocably engraved for eternity in the spacetime continuum, and of becoming where everything is still possible during each act of creation.
Combining an aesthetic approach with a philosophical and scientific questioning, Alainpers invites us to go through the mirror of spacetime.
Clovis Jacinto de Matos 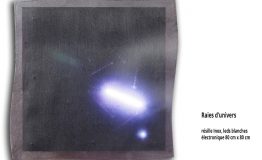 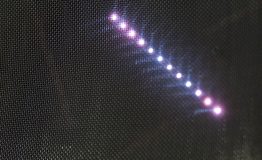 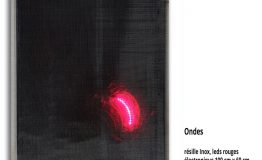 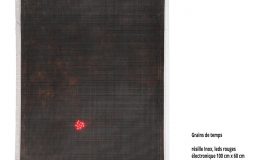 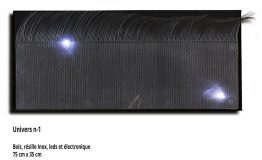 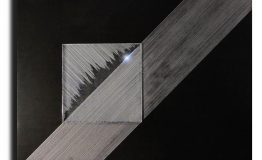